Your CD and DVD backup disks won't last forever. Back them up before it’s too late

The digital age has transformed the way we handle information. Never before could humankind record and store so much information and in such diversity. While the amount of data has increased exponentially, the predicted lifespan of the storage media hardly exceeds the lifetime of a human. Your CDs and DVDs are plastic, but they may or may not last forever. So how long do CDs, DVDs, and Blu-ray optimal discs last?

PrimeArray will help to try and answer this question!

The Lifespan of Different Optical Discs?

Optical discs have been commercially available since the 1980s. Since then, there have been advances in the actual technologies and materials used in CDs, DVDs, and Blu-rays, meaning information is much safer now than it ever was before.

While some estimates predict a huge lifetime for optical discs, we don’t agree. Unless they are housed in a clean room handled the gloves with the perfect temperature and light.

However, by being aware of the lifespan of optical discs and what causes them to break, you can make choices to preserve survival of your stored data.

To understand what limits the life span of optical discs, we first need to look at how they are built-up.

All optical discs have three key layers in common:

A label is applied above the coating layer and re-writable discs contain a dye layer between the reflective and protective layers. One factor that determines the maximum lifespan of an optical disc is the type of reflective layer. Other factors include the overall quality of the raw materials used and manufacturing.

Perhaps as you’re reading this article you may have encountered an aged / damaged disc but been unaware. An age disc may show signs of:

(1)   oxidation or corrosion of the reflective layer

PrimeArray systems, the experts in optical media agree and put a precise number that after 7-10 years, you should start to worry and do something about these discs to preserve your data!

Not all cases are the same; some media may last longer  ,such as the type of media that is commercially produced or M rated discs. The weakest type of optical media we commonly see is discs that are burnt by the user, produced with the standard optical burner.

Below is an example of a PrimeArray customer’s disc, that was damaged by time via a “fingerprint” on the top of disc. This disc was only handled once to be placed into a jacket via the customer over the years that fingerprint eroded the data track destroying valuable data! 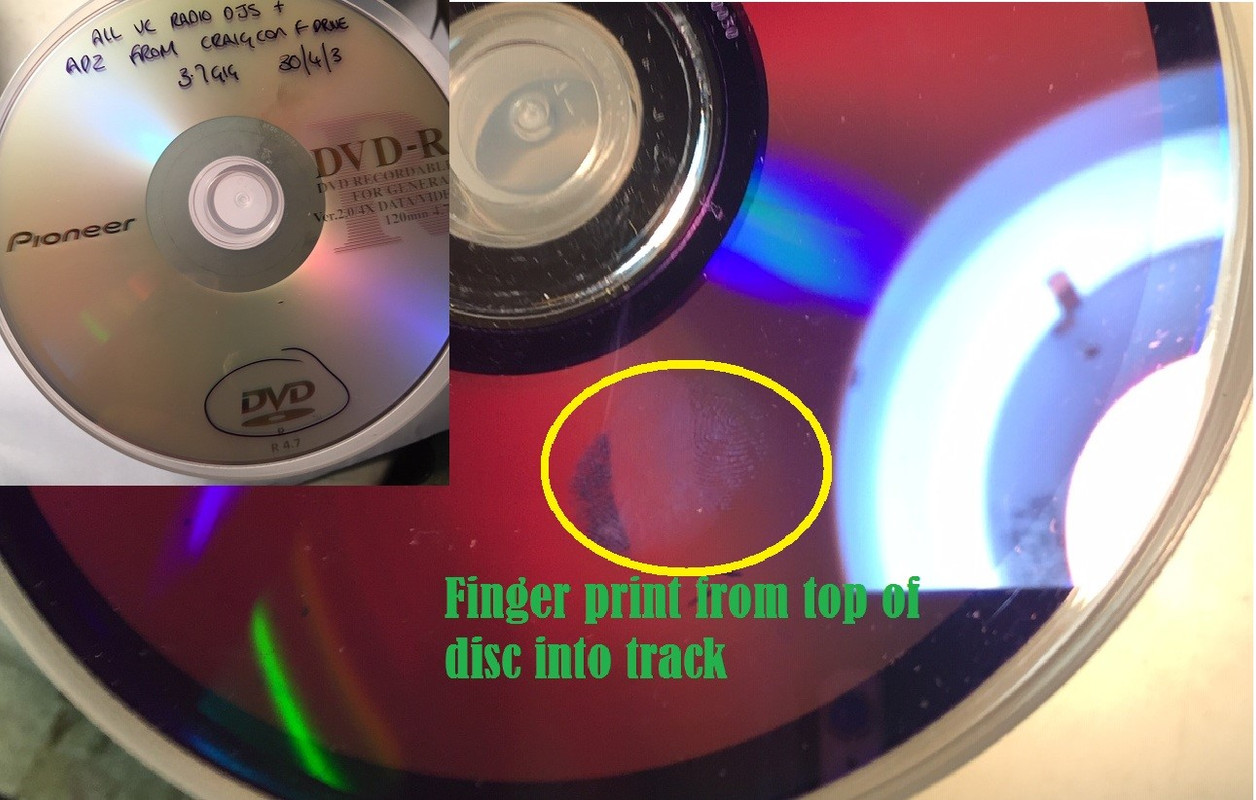 (Again, the customer handled the disc once only, touched the top of the disc one time with their finger!) Totally invisible contaminants were transferred to the disc and in time destroyed it)

If you want your media to last decades it’s possible but it’s up to you keep the media: clean. away from sunlight .away from heat. And don’t believe just because you only handled the disc one or few times that it’s perfectly fine in its jacket because there can be some invisible enemies at work!

PrimeArray systems manufacturers easy to use; CD DVD/optical media loaders servers towers Media Servers. These devices can easily transform large collections of media back to file and folder state back in your precious media up to modern high capacity storage devices while indexing the media.

PrimeArray systems also offers migration services where we can convert all your media back to file and folder state easily and inexpensively quickly and accurately.

You don’t have to lose any data!